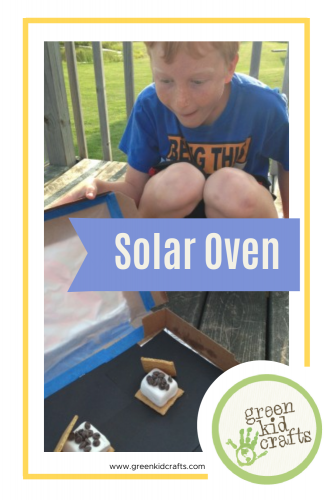 You don’t need to build a campfire for your kids to get their fill of gooey marshmallow-and-chocolate s’mores this season. Just tap into the sun, the fuel source that people around the world use to power solar ovens. Here’s an easy pizza box model that will let you catch enough backyard rays to cook the coolest s’mores on the block. 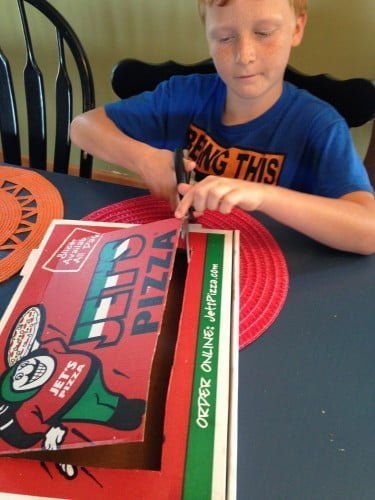 Step 1:  On the top of the pizza box, draw a square that is a few inches smaller than the lid. Use the scissors to cut through the cardboard along three sides, as shown, and then fold the cardboard up along the uncut line to form a flap. 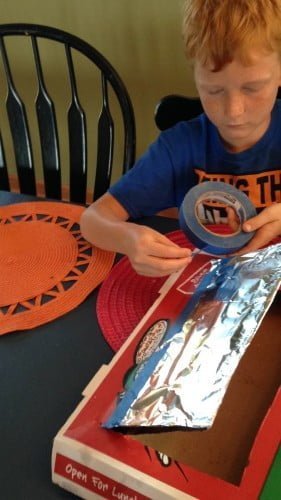 Step 2: Tape the aluminum foil to the flap. 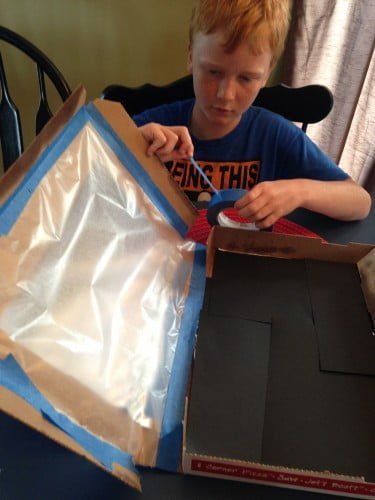 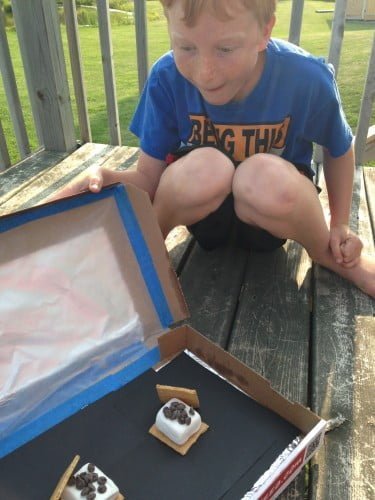 Step 4:  For each s’more, center two graham crackers on the construction paper. Top with a marshmallow then chocolate. Close the box and then use a stick or dowel to prop the flap open at the angle that reflects the most sunlight into the box (check it periodically to adjust the angle). Place your solar oven outdoors in direct sunlight with the flap opened toward the sun. 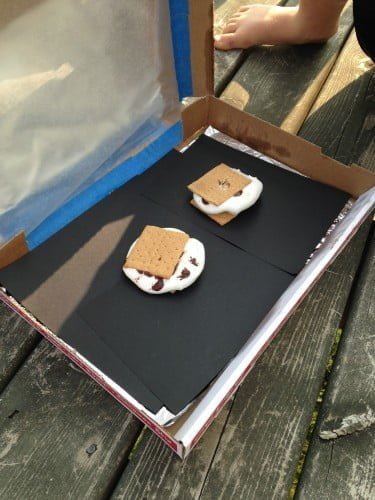 Step 5: Within about an hour (or sooner if it’s a really hot day), the chocolate and marshmallows on your solar oven should be melted and ready to eat!

If you’re not already a Green Kid Crafts subscriber, don’t wait another day to join! 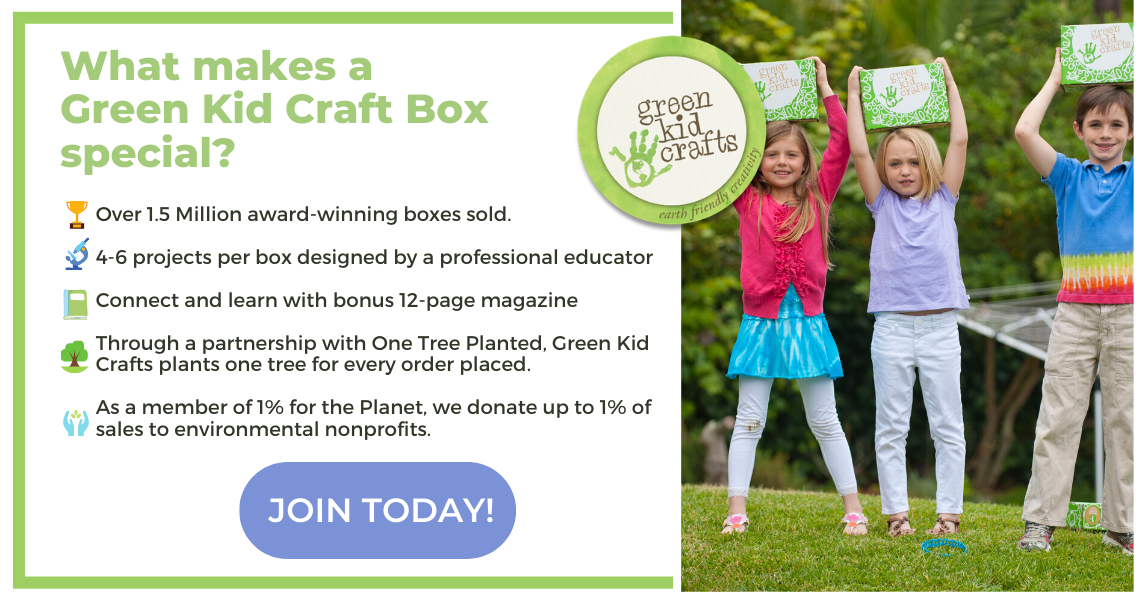 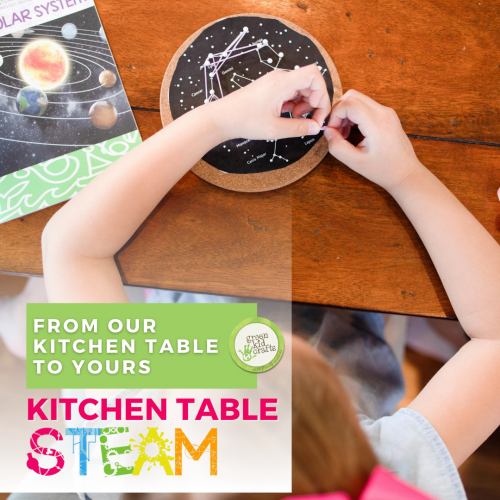