Another great kid-friendly recipe from our guest blogger Kristen Beer from With a Grain of Salt.

My kid will eat anything as long as it’s chicken nuggets.

I really struggle with getting him to eat protein and I keep experimenting with new ideas to get him to eat some meat. Most things I’ve tried have actually turned out really well, but he can immediately tell that I didn’t pay a premium to have someone drop them in a vat of mystery oil and usually refuses to try what I’ve made.

Oh well, more for me!

This morning I pulled a bunch of things out of my freezer and pantry convinced that this day was THE day! The day when my child would look, awestruck, into my face as I placed before him this legendary meal and thank me over and over for making him the perfect thing which satisfies all of his flavor and textural requirements as well as meeting his basic nutritional needs. At the very least,  today would be the day that he eats his gosh darned lunch!

I made chicken burgers. They were fantastic. Here’s how:

I thawed three frozen chicken tenders (actual pieces from the breast. Just plain chicken) and diced them as small as I had the patience for. 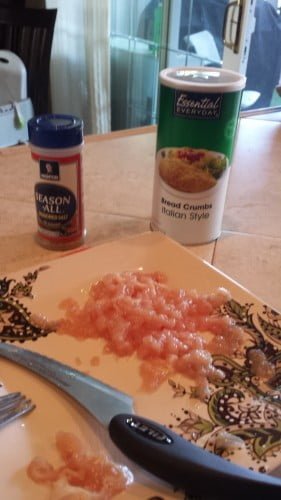 Tip: having awesome knives makes food prep so much easier! I have the Miracle Blade set. Watch the infomercial for fun but then get serious and buy the knives.

Next, I whisked together 1 egg and 1/2 teaspoon seasoning salt and then added the chicken. I mixed until all the meat was coated but there was just too much egg for the small amount of thicken so I poured it over a strainer to get rid of the excess.

Then I added 1/8 cup of Italian seasoned bread crumbs and mixed until they were evenly distributed throughout the mixture and formed it into two patties. I probably could have skipped the seasoning salt and just relied on the breadcrumbs for flavoring. 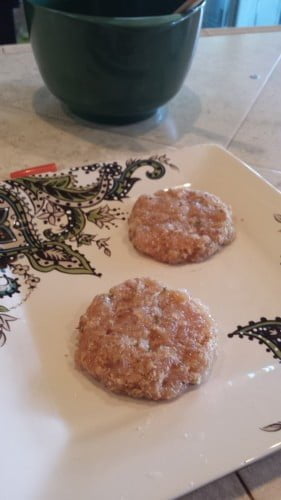 Grilled about 5 minutes per side side. They were delightful.  A little char on the outside. Moist and meaty inside. Good flavor. Not greasy.

I present them to Kiddo with pride and sit back to  wait for the accolades which surely must be coming.

At least he said “No thank you.” 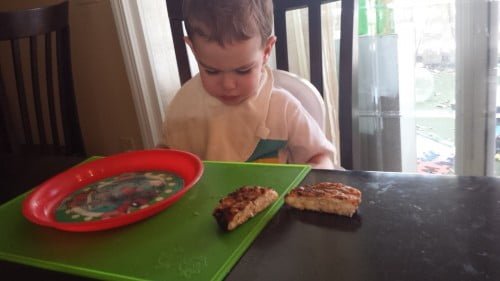 If you’re not already a Green Kid Crafts subscriber, don’t wait another day to join! Single-purchase boxes are available, too! 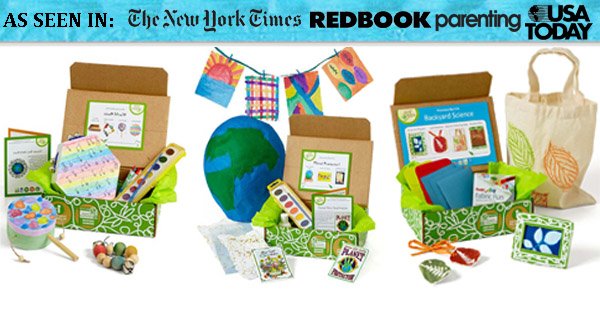